Minnesota firefighters are held to the highest of standards in training and professional development; Region 5 fire departments can get additional support for training through NJPA

You can rest a little easier tonight.

In the state of Minnesota, there are approximately 20,500 firefighters. Each of these firefighters is held to the highest of standards in training and professional development to ensure they are ready when called. In fact, Minnesota is the only state to require firefighter licensing. 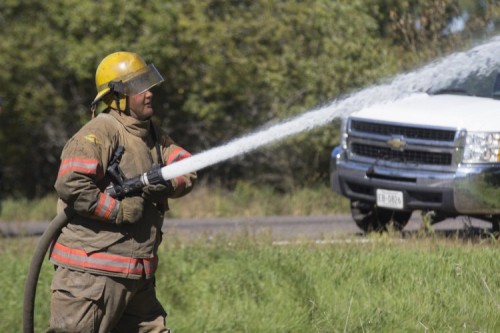 The Minnesota Board of Firefighter Training and Education (MBFTE) is a big reason each of these firefighters is properly prepared – both mentally and physically. MBFTE came to fruition in 2003 following a legislative study regarding fire service professionals in the state of Minnesota. It was during this study that fire departments and their communities voiced a need for additional help to ensure quality, accessible, and cost-effective fire training opportunities were provided. MBFTE was created to review fire service training needs, as well as establish standards and assist with funding so all departments – regardless of size – had equal opportunity to receive the training they needed.

Steve Flaherty was named executive director of MBFTE in 2014 and is responsible for carrying out all Board decisions, well as administer the laws, rules, and regulations of the state statute that created MBFTE. Flaherty also serves as the direct link between the Minnesota Department of Public Safety, and MBFTE.

Minnesota homeowners pay a small fee on their insurance premiums to help offset the cost of fire service training. However, in the last three years, NJPA has given the Minnesota Fire Safety Account a boost with a $150,000 award in 2015 and awards of $335,000 in 2016 and 2017 for Region 5 training. 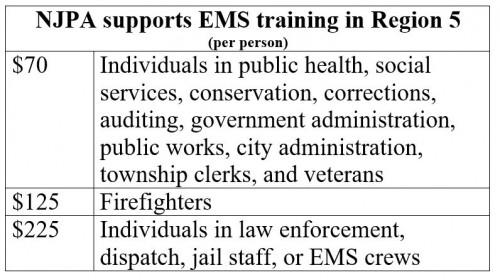 The latest round of support was increased to allow law enforcement, public health professionals, and other emergency medical service personnel to also receive subsidies for ongoing emergency response education.

MBFTE's allocation of $200 per firefighter statewide combined with NJPA’s contribution in Region 5 means every firefighter in Cass, Crow Wing, Morrison, Todd, and Wadena counties can claim up to $355 in education and training subsidies.

Flaherty said expenses incurred by a department or organization inclusive of training, conferences, and other necessary schooling are reimbursable. However, lodging, food, and travel costs or out-of-state training are not covered.

“It’s grown to a point where if it meets a national fire standard or EMS standard, our Board is open to accepting and reimbursing it,” Flaherty explained, adding MBFTE has carefully created a list of qualified trainers and programs with consistent curriculum and instructors. If training is provided by entities on the list, it is eligible for reimbursement.

Each year, the legislature appropriates what’s been collected from insurance premiums. Through MBFTE, departments receive notification of how much money they are entitled to based on the registered number of firefighters on their respective rosters. With that in mind, each department is encouraged to utilize the dollars for continuing education, then submit a request form and copies of invoices for review. If the request meets MBFTE set criteria, a check is sent back to the department.

In the past three years, Flaherty said over 3,600 firefighters have been trained and certified to national standards at no cost to their departments, thanks to funding stemming from MBFTE. Out of 780 fire departments throughout the state of Minnesota, 96 percent have used the subsidy program at least once since 2009. In 2015 alone, 644 of those 780 fire departments submitted for reimbursement of some kind – setting a record for MBFTE. Flaherty attributes that increase to a more simplistic and streamlined application process for reimbursement, as well as word getting out to more departments that monies are available. 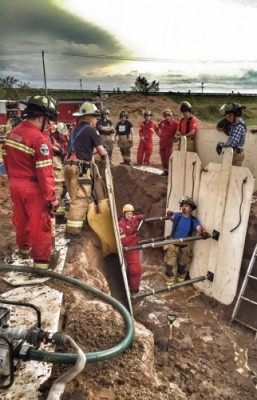 “There are a lot of departments, especially smaller, rural departments, that have a limited budget for training,” Flaherty explained. “Just for basic training for a new firefighter to come in, you’re looking at $1,500 for certification. If a department wants to bring in three new people and put them through basic training, that’s $4,500. And that’s a significant hit on their budget. We have enough funding this year that we will not only provide up to $200 per firefighter, but MBFTE will also pay 100 percent for basic training. That’s a huge impact on any sized department.”

In addition to individual certification and educational opportunities, dollars can also be used for department-wide training.

“If the Brainerd Fire Department, for example, wants to bring in some type of specialized training, their normal training budget may not allow for that type of expense,” Flaherty said. “However, having $355 per firefighter on the roster will allow them to do both regularly scheduled training, as well as some of the extraordinary training they’ve wanted to do but haven't had the budget to do so in the past.”

Brainerd Fire Chief Tim Holmes said thanks to MBFTE subsidies, his department has been able to do just that. In 2016, the Brainerd Fire Department participated in trench rescue training, as well as confined space rescue, providing the 36 firefighters with technical and specialized training not otherwise affordable.

“Without the MBFTE money, there’s quite a bit of enhanced training that departments don’t or can’t do because their budgets are taken up by mandatory training,” Holmes said. “These subsidies now allow departments to expand their knowledge by bringing in additional opportunities that broaden our expertise and provide a higher level of service that our communities can be proud of.”