Stepping Up to Cover Up
Time for a Checkup?
Select from the Cream of the Crop
Turning Dreary to Dreamy
Regional Roadmap to Resources and Recovery
National COVID-19 Resources 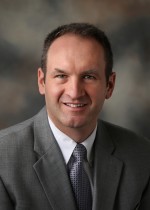 This is a true collaborative effort between several entities – Freshwater, its member school districts, the city of Wadena, and Sourcewell. Our staff couldn’t be more pleased with the work that’s being done to support area students, families, and educators.

There’s heavy equipment roaring and dust and dirt flying at the south end of Wadena’s Industrial Park for most of the workday.

But for half an hour on Monday, July 16, the machines and debris settled as educators, administrators, contractors, and community members gathered for the official groundbreaking ceremony of Freshwater Education School District’s Level IV special education facility, estimated to open summer 2019.

The new 32,000 square foot facility will serve approximately 50 students from 13 central-Minnesota school districts, plus serve as the central office location for Freshwater.

Jena Osberg, who’s worked with Freshwater’s Level IV program since 2007 and has been the program’s facilitator for the last two years, says a customized learning environment will have a significant impact. 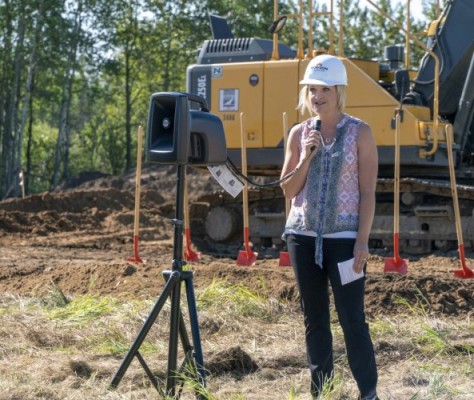 “There’s a number of things that have to happen for students to be successful in a school setting,” said Osberg. “One is you have to have a quality staff. You have to have people who are willing to go above and beyond – Freshwater has that. You also have to have good programs and curriculum that can change and adapt to students’ needs; we’ve got that, too. But a third thing is the learning environment that students come to every day. I am thrilled to know that we’re going to see our students success based on the fact that this building was created just for them.”

Federal policy requires schools to provide access to Level IV programming in a separate school setting for students who struggle to succeed in the general education setting due to significant behavioral or mental health needs. Level IV provides structured behavioral, academic, and mental health programming for students who spend the majority of the school day outside the regular classroom, have an individualized education plan, and often require intensive special education services.

Freshwater administrators and staff are looking forward to a building that fits the unique needs of its student population. Everything – from the layout, lighting, and color scheme – was designed with intention.

Osberg says all the classrooms will be connected, offering better flow for easier transitions. Lockers will also be located in the classrooms for enhanced safety and ease of supervision. The facility will also feature clerestory windows – horizontal windows above head height that offer natural lighting without the temptation of distractions from outside.

“We’ll also have extra, smaller areas for kids to work,” said Osberg. “Sometimes we have a student who gets really overwhelmed with the noise, or just needs to step away. We’ll have built-in areas to take a student so they can work. We’ve worked with our building designers on sensory-based details – colors that are calming and lights that can be dimmed. We’re even building in sensory spaces and individual spaces within the classrooms so I can be teaching my class and guide a student to a special workspace; they’re still with us and not totally separated.”

Freshwater has been dreaming of such a space for nearly 10 years. It started to become more of a reality in October 2016 when area special education leaders met with Sourcewell (formerly National Joint Powers Alliance) staff.

“We had a meeting about how we could work together in Region 5 to serve our special education students more intentionally,” Sourcewell Director of Regional Programs Paul Drange said. “One item that came out of that meeting was this – what was needed for Level IV facilities in our region. We allowed ourselves to dream a bit that day and the discussions from that meeting set the wheels in motion that brought us here, to today’s groundbreaking.”

Sourcewell has committed $5 million to the building project as part of its strategic reinvestment in Region 5.

“This is a true collaborative effort between several entities – Freshwater, its member school districts, the city of Wadena, and Sourcewell,” Drange said. “Our staff couldn’t be more pleased with the work that’s being done to support area students, families, and educators.”

Sourcewell has also committed $5 million to the Mid-State Education District in Little Falls for its Level IV special education facility. That project will break ground in August and is set to be complete September 2019. Mid-State serves Onamia, Pierz, Royalton, Swanville, Upsala, and Isle school districts.