In a small ceremony on Thursday, Robinson was presented the Patriot Award in recognition of his extraordinary support of Staff Sergeant and NJPA employee, James Voelker 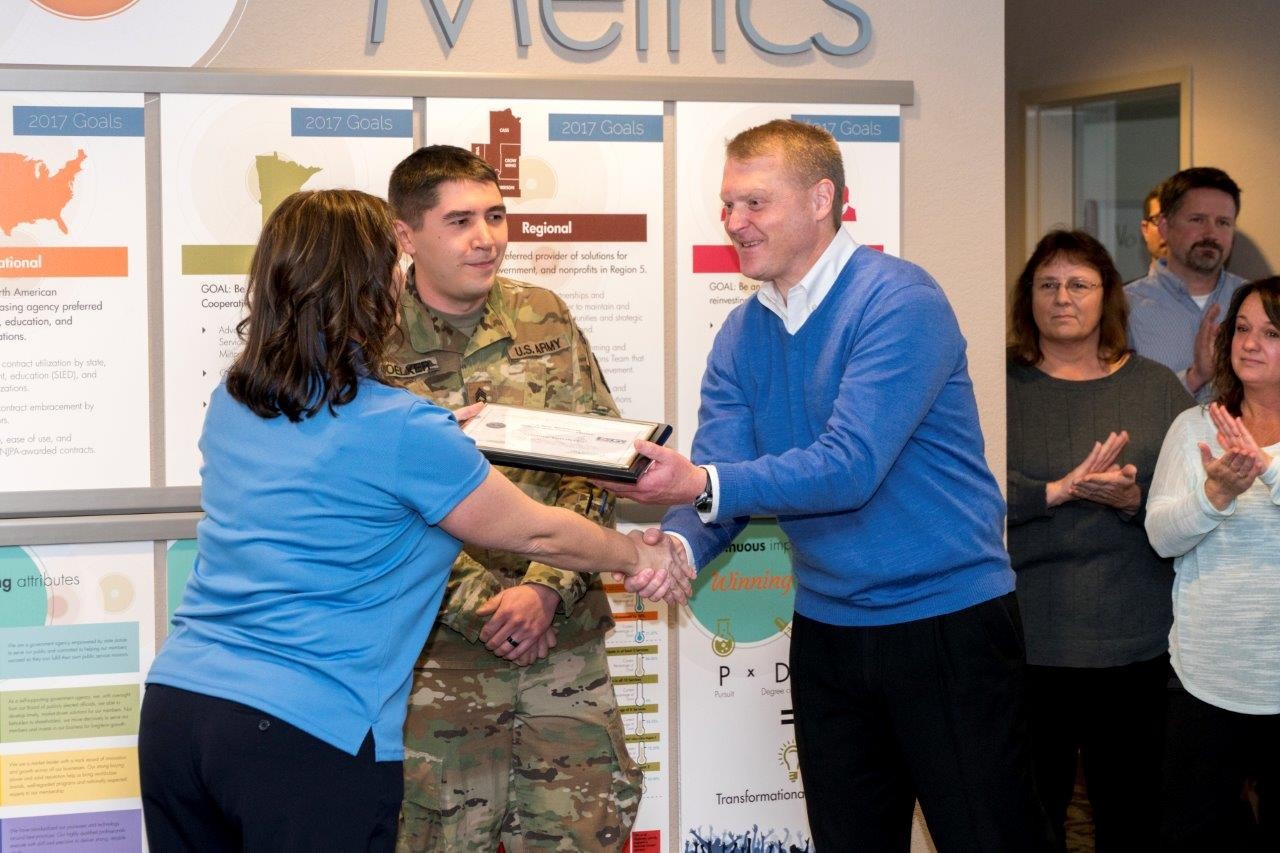 In a small ceremony held at NJPA on Thursday, Dec 7, Robinson was presented with the Patriot Award, which recognizes individual supervisors and bosses for their support to the nominating service member and his/her family.

The honor is given by the Employer Support of the Guard and Reserve (ESGR), a Department of Defense program established in 1972 to promote cooperation and understanding between Reserve Component Service members and their civilian employers.

Sergeant Voelker, a 10-year member of the Army National Guard based at Camp Ripley in Little Falls, is the first active reservist to be hired at NJPA. It has been a learning opportunity for the organization – one that has been embraced by all, especially Robinson.

In his nomination to the ESGR, Voelker stated, “Chris has been instrumental in championing the establishment of processes to support my military obligations. With his support, new leave categories were created in the time and attendance system to accurately track my paid and unpaid time off required for military service. Chris has also ensured that state and federal laws and statutes are accounted for in these processes.”

Voelker also added, “When last-minute schedule changes come up, Chris has been flexible and understanding. He sees my military career as a value-add to NJPA.”

Robinson was pleasantly surprised by the award announcement on Thursday.

"I'm just excited to have James on the team," Robinson said. "It's a great partnership and link we have with him as part of the Guards. The skills he brings to us from his role with them benefits our organization and we're pleased to support his commitment to the service."