No More Playing Around for Pierz

No More Playing Around for Pierz

For the past 28 years, children have flocked to the American Legion Park, one block behind the Pierz City Hall. As one of only four designated playground areas in the city, including the Pioneer Elementary School, the park has become a fixture in the memories – and childhoods – of many.

However, in late May 2017, the future of the playground was threatened. Vandals punched a large hole in one of the two slides, making it unsafe and unusable. Kari Tyson, deputy clerk with the city of Pierz, said this particular playground had been exceptionally popular with children who live on the west side of Highway 25 since the other playgrounds require them to cross the busy road. 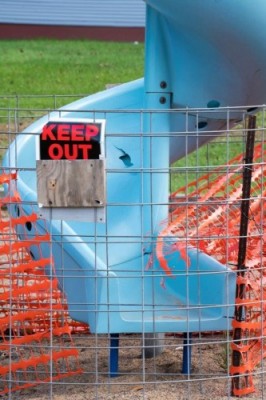 Tyson said Public Works Director Bob Otremba looked into having the slide replaced, but because of its age, that particular slide was no longer available – meaning the entire structure would need to be removed.

Not anticipating having to replace an entire playground structure, the city wasn’t sure how it would afford a play system in the park with costs upwards of $25,000. Tyson decided to reach out to National Joint Powers  Alliance to see if, and how, the organization could help.

“When Kari called me and explained the situation, I instantly felt inclined to help,” Gruber said. “I knew NJPA had a playground contract they could utilize, but I also knew Pierz would need help in rallying together funds to support the new playground since it was an unexpected cost. We have multiple programs that could be used, so pooling them all together was a no-brainer.”

Because the inquiry and request occurred as one fiscal year was ending and another was beginning, Pierz was able to apply for Small Project Partnership funds for both 2016 and 2017. After review by NJPA’s evaluation team, Pierz was awarded $5,000 – $2,500 for each funding cycle – to put toward the purchase and installation of a new playground system.

Tyson said the city was very pleased with the result of the project funding, but the story doesn’t end there. As a member of NJPA, the city of Pierz was also eligible for rebate dollars offered to members that participate in specific NJPA-endorsed trainings, events, and other incentives.

Taking it one step further, Tyson and staff were encouraged to reach out to NJPA contract vendor Miracle Recreation to earn additional savings in replacing the structure. All in all, the perks of working with NJPA saved the city approximately $10,000.

“It worked out really well,” Tyson noted. “It was a great opportunity to utilize the different aspects of NJPA.” 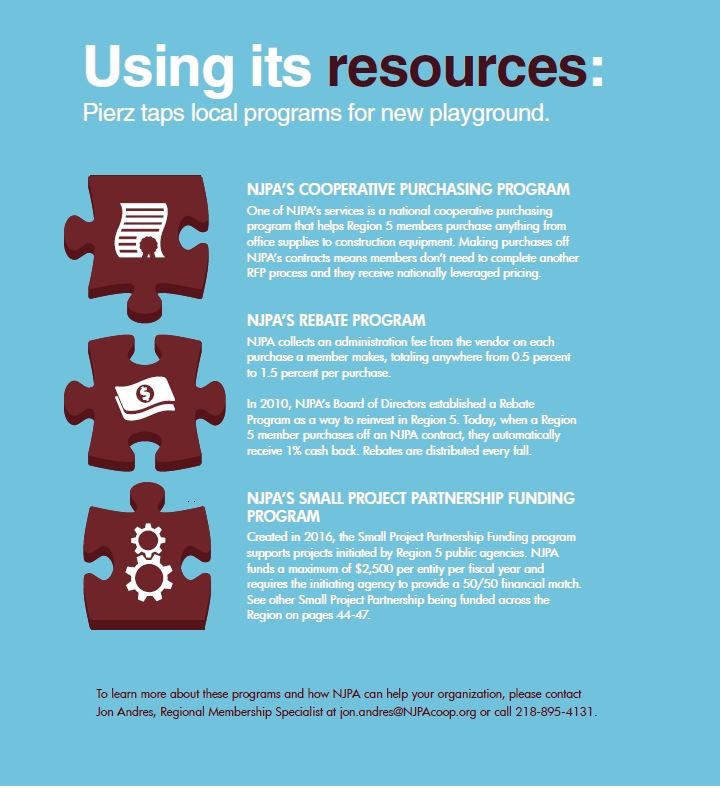 NJPA Contract Administrator Gordy Thompson manages the contract with Miracle Recreation Company and said not only were they able to help get Pierz a replacement play system, but the company was able to add several features to make it bigger and better than before, as well as up-to-date with Americans with Disabilities Act requirements.

The new playground includes a foundation of engineered wood fiber chips for enhanced safety. The structure is larger and has a new swing set, more slides, a handicapped- accessible transfer point, more bridges for running, a rock climbing area, a tic-tac-toe and marble race panel, and much more. 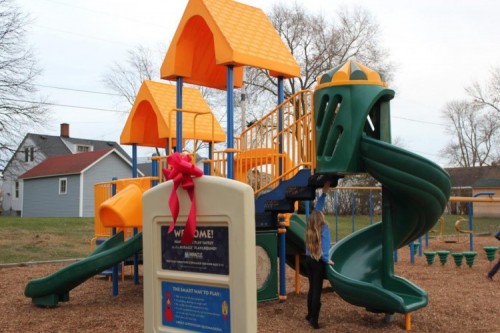 Tyson said it was amazing to see the outpouring of community support when word spread that the playground was in peril. Civic organizations, including the American Legion, Knights of Columbus, and Lions, stepped up to make generous donations, as well as a contribution from Minnesota Power and insurance claim dollars.

“Initially, we were thinking we would have to wait for next year and into the spring to have the necessary funding to move forward,” Tyson said. “But after putting the puzzle pieces together with NJPA and community donations, we were able to put the plan in motion right away.”

The playground equipment arrived in early October and was installed by the city the week before Thanksgiving, so children can, once again, utilize this community treasure. And with the help of a variety of community partners, including NJPA, this potentially unfortunate story now has a happy ending.

“It is extremely rewarding to be a resource to a community like this,” Gruber said. “I know that this is one of the only parks in Pierz and losing the park would be a tragedy for the kids in that town. I can’t wait to see the finished product and to know that NJPA helped support it to completion. What a neat use of all of the resources available to communities through NJPA."