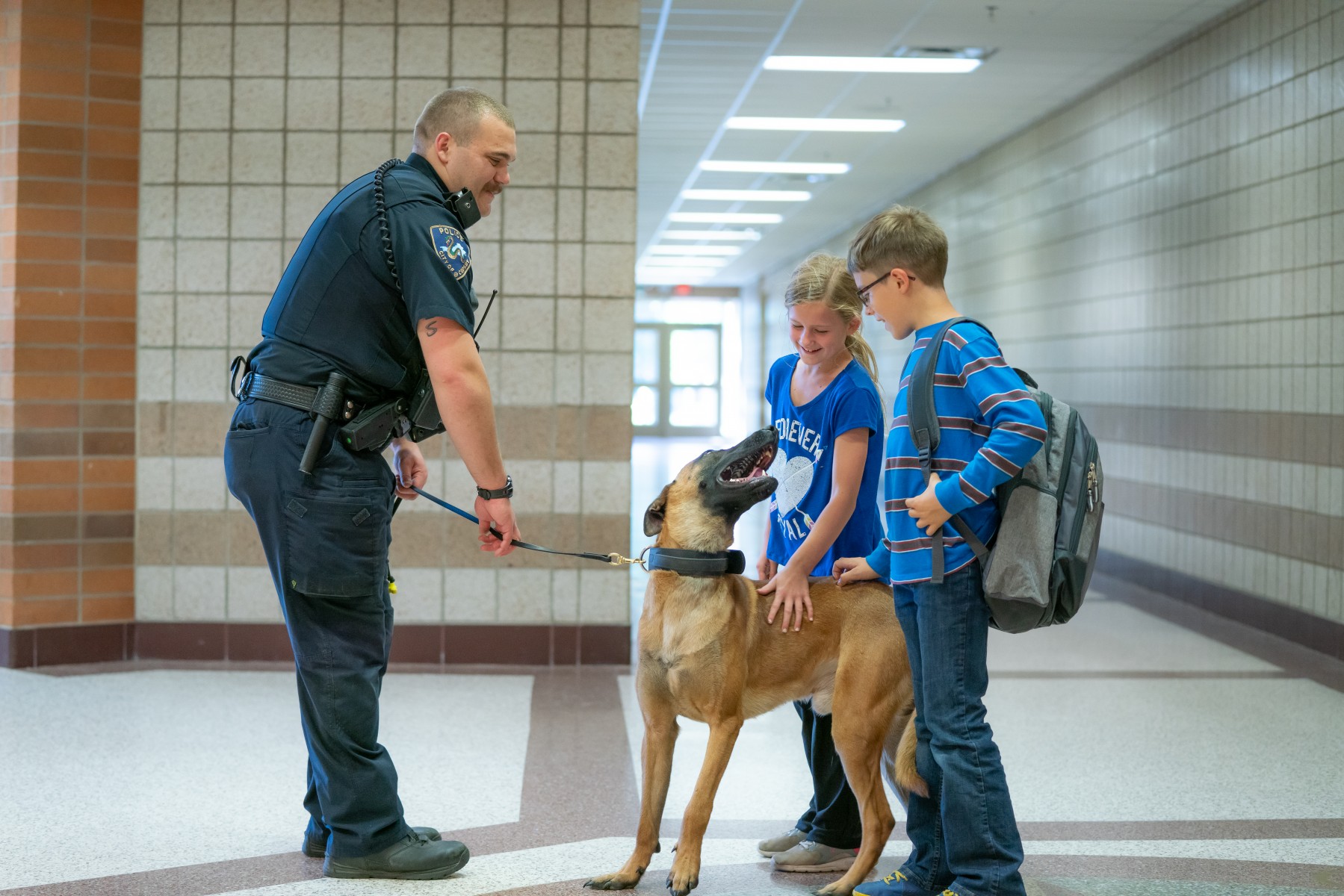 An idea – years in the making – finally grew legs this year. Four of them, in fact.

Thanks to the financial support of the community and funding through Sourcewell’s Small Project Partnership, the Crosby Police Department added K-9 officer Ragnar to its force this summer.

Ragnar graduated from training in June 2019 and, only one week into the job, was called into action to assist another agency with a drug search.

The upfront expense to purchase a dog, as well as provide the required training, was roughly $10,000. Crosby Police Chief Kim Coughlin said the public response to helping fund this unit was overwhelming. From individuals to small businesses and large companies to corporations, money was raised in short order to make this dream a reality for the Crosby community and beyond.

Dollars to sustain the unit – including food, vet bills, equipment, and additional training – will come from additional donations, grants, and funds awarded through the court system stemming from cash and other items seized during drug arrests.

In addition to demands in the field, Ragnar has also partnered with the Crosby-Ironton School District in conducting locker sweeps, building searches, and finding missing students if the need arises.

But don’t let Ragnar’s impressive resume intimidate you. While all business on the clock, he’s also a giant puppy off duty – taking full advantage of belly rubs and endless games of fetch. When not on the job, Ragnar gets to be a regular dog, living with officer and handler Mike Davis, his wife, and two children.

Created in 2016, the Small Project Partnership Funding program supports projects initiated by public agencies within Sourcewell’s five-county service area. Sourcewell funds up to $2,500 per entity per fiscal year and requires the initiating agency to provide a 50/50 financial match.