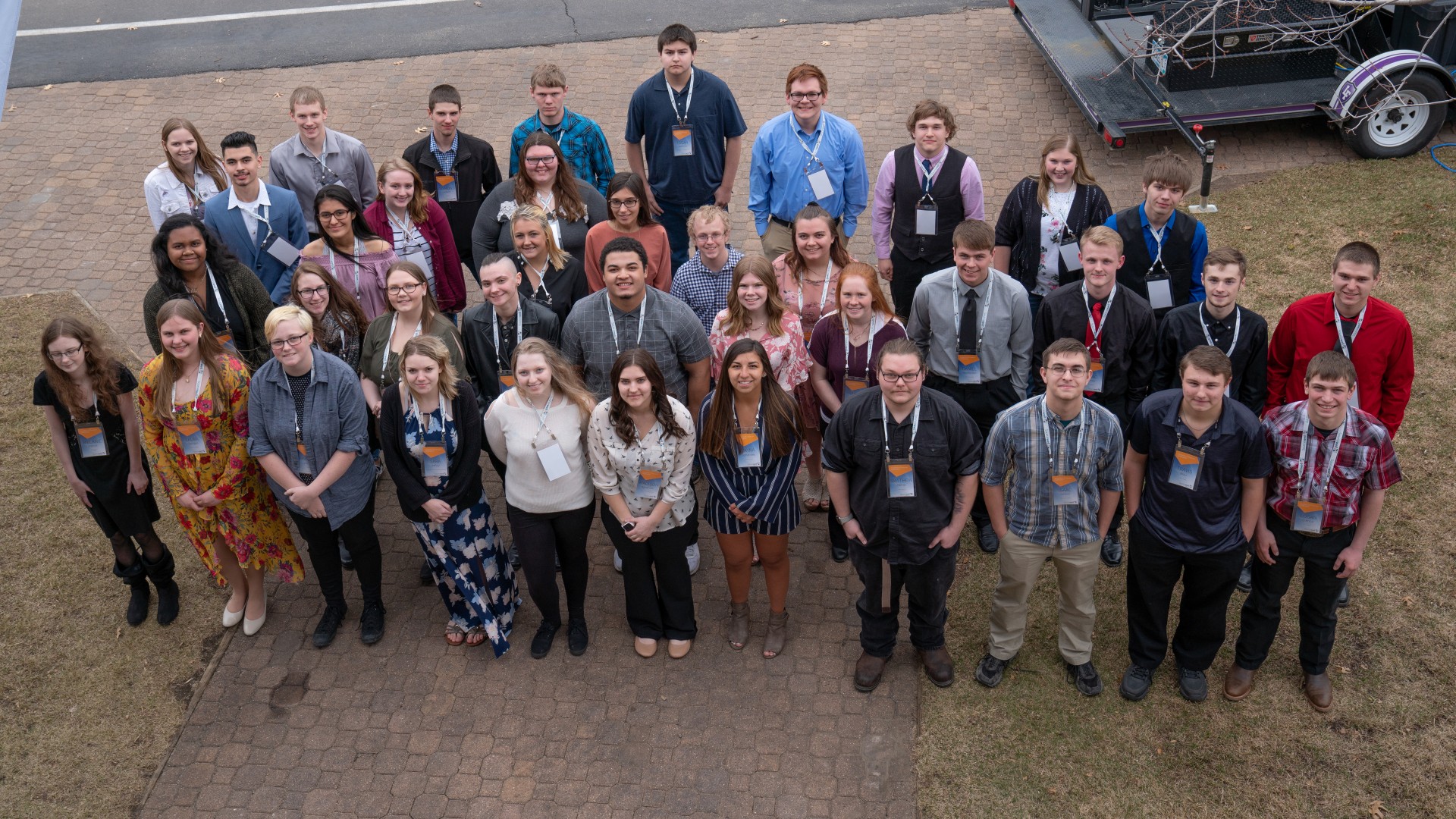 Forty-three students from schools across Region 5 were honored for their behind-the-scenes impact at Sourcewell's annual Students of Character Celebration.

Area high school students considered behind-the-scenes leaders are getting the recognition they deserve.

Forty-three students from 22 central Minnesota high schools were honored as Students of Character by Sourcewell on Wednesday, April 10 at Madden's Resort on Gull Lake near Brainerd.

The annual event recognizes students for their quiet leadership. Each was selected by his or her school staff with the criteria they are “unsung heroes” of their district – the behind-the-scenes students who receive little, if any, recognition.

“It is an honor to celebrate these students for the impact they have in their school, community, and among their fellow students,” said Dr. Chad Coauette, Sourcewell CEO/executive director. “Tonight is about recognizing the difference these students make and letting them know we appreciate and believe in them.”

Twelve students received $500 scholarships from Central Lakes College and Minnesota State Community and Technical College. All others received a $470 scholarship funded by donations from area businesses and individuals. All students had a chance to win door prizes, also provided via donations.

Honored students are from school districts within Region 5, an area served by Sourcewell, including Cass, Crow Wing, Morrison, Todd and Wadena counties. In the past, the event was known as the Student Recognition Banquet. Sourcewell changed the name in 2019 to better reflect the nature of the celebration.

Sourcewell (formerly National Joint Powers Alliance) is a self-supporting government organization, partnering with education, government, and nonprofits to boost student and community success. Created in 1978 as one of Minnesota's nine service cooperatives, we offer training and shared services to our central-Minnesota members. Throughout North America, we offer a cooperative purchasing program with more than 325 awarded vendors on contract. Sourcewell is driven by service and the ability to strategically reinvest in member communities.