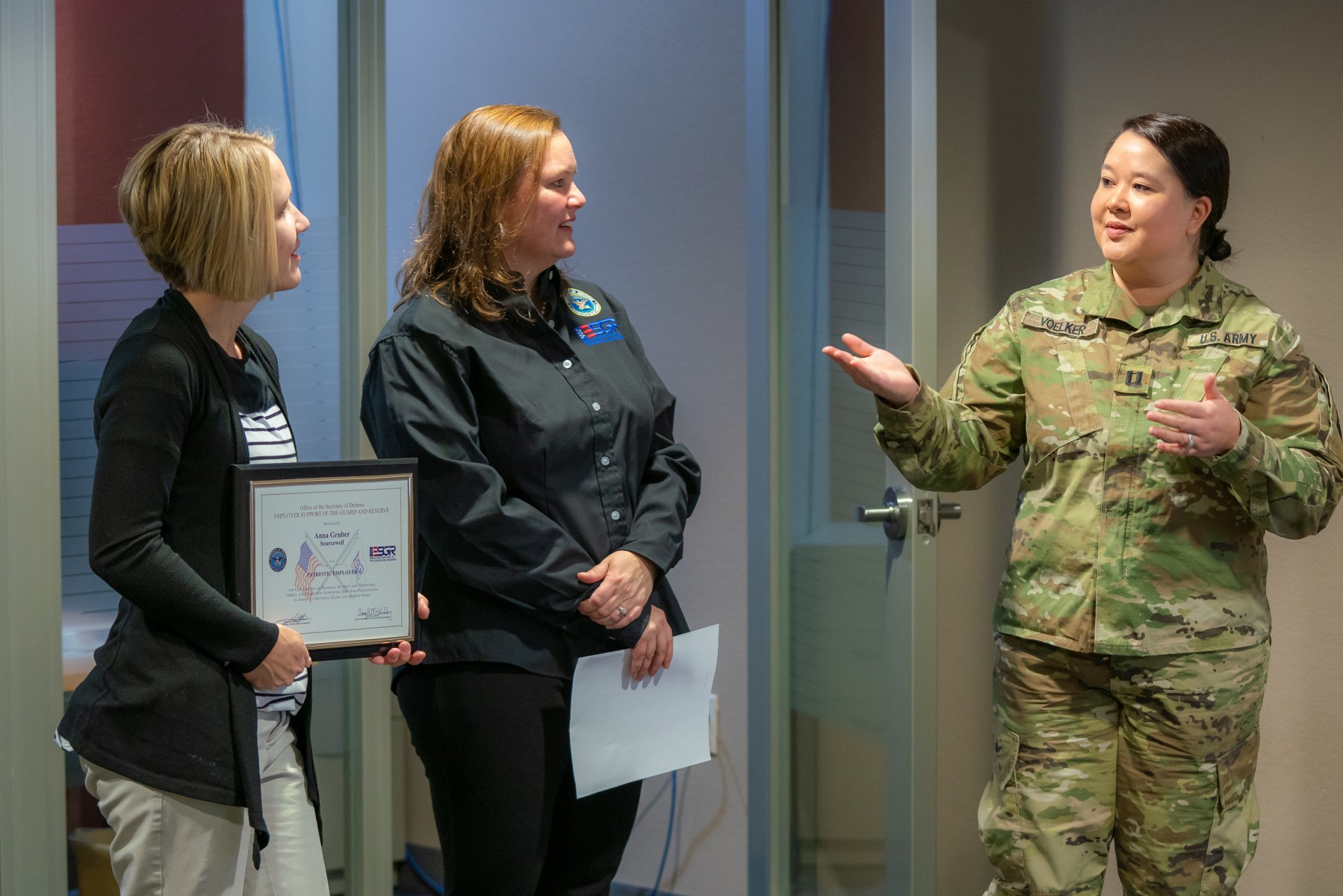 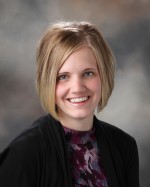 I am incredibly honored to receive this award but am even more honored and privileged to be able to work at an organization that empowers me as a manager to support Kayla in her military career. This award speaks volumes to the culture we create here at Sourcewell.

As a former Platoon leader and, now, Company Commander for the 704th Chemical Company of the Army Reserves (Twin Cities), Captain Kayla Voelker knows what it takes to be an effective leader. And while serving in a traditional, part-time capacity in the Reserves while balancing a full-time career, Captain Voelker can truly appreciate the support of a good leader.

On Thursday, Feb. 14, Captain Voelker was on hand for the presentation of the Department of Defense's Patriot Award to her supervisor, Sourcewell Manager of City and County Solutions Anna Gruber.

The Patriot Award is given by the Employer Support of the Guard and Reserve (ESGR), a Department of Defense program established in 1972 to promote cooperation and understanding between Reserve Component Service members and their civilian employers. The prestigious honor recognizes individual supervisors and bosses for their support to the nominating service member and his/her family.

Captain Voelker, also an adult foster care licensing specialist at Sourcewell, nominated Gruber as a way of “giving back to her” for the invaluable support she in-turn has extended to Captain Voelker while serving her country.

“Being a supervisor for an employee that is in the military is not easy,” Voelker wrote in her nomination to the ESGR, “but Anna ensures that I get the support that I need to make it feel that I am contributing rather than being a burden to the organization.”

In each instance, appreciation and accommodation were reoccurring themes.

“Anna has supported my military duties since day one of hire at Sourcewell,” Voelker added. “She has been so accommodating and understanding when it comes to my military obligations. She celebrates my successes within the organization and my military career. Anna goes above and beyond when it comes to ensuring her employees feel heard and creating a positive work environment.”

Gruber said she was humbled and honored by the award announcement on Thursday but was quick to give all credit to the organization where both she and Captain Voelker work.

“I am incredibly honored to receive this award but am even more honored and privileged to be able to work at an organization that empowers me as a manager to support Kayla in her military career,” Gruber said following the ceremony. “This award speaks volumes to the culture we create here at Sourcewell.”

Sourcewell (formerly National Joint Powers Alliance) is a self-supporting government organization, partnering with education, government, and nonprofits to boost student and community success. Created in 1978 as one of Minnesota's nine service cooperatives, we offer training and shared services to our central-Minnesota members. Throughout North America, we offer a cooperative purchasing program with more than 300 awarded vendors on contract. Sourcewell is driven by service and the ability to strategically reinvest in member communities.