Crews in Moorhead, Minn., are watching recycling “pick up” substantially after rolling out 16,000 no-sort recycling bins. Residents are recycling five times more than they did in 2017 and are helping Moorhead become a GreenStep City. City leaders procured 96-gallon Toter carts and other equipment by using cooperative contracts through their government partner, Sourcewell, which has hundreds of vendors already on contract.

City leaders in Moorhead, Minn., want to lead sustainability initiatives in the state and ultimately take another step toward being a Greenstep City.

Moorhead residents are recycling more than ever and moving the city through a statewide sustainability program because of new, no-sort recycling carts. When the city kicked off the revamped curbside recycling program, not only did public participation increase fivefold, but the city also climbed to number three of five steps in the Minnesota GreenStep Cities program.

In July 2017, the city of Moorhead implemented the no-sort system – allowing users to comingle most recyclable items in one bin. To do so, the city purchased 16,000 recycling bins through a contract awarded by Sourcewell.

“When you’re starting a new service, it’s really important to make a great first impression,” said Steve Moore, city of Moorhead public works director. “And you do that by using quality products that help you provide quality service.”

Moore and the city selected 96-gallon totes for residential recycling and 300-gallon containers or dumpsters for apartments and multi-family housing.

“Whether it’s repairing a street or picking up your garbage or picking up recycling,” Moore noted, “we provide all those services that you use every day in your community.”

Prior to the no-sort recycling method, residents would be asked to separate products into several material-specific containers. Under the new plan, most items – with a few exceptions – could go right into the large bin and wheeled out to the curb every other week for pick up.

The city also created a campaign around their renewed recycling efforts, including a landing page on its website dedicated to frequently asked questions, guides to recycling, ideas to help encourage others to participate, and more.

It wasn’t long before Moorhead began to see its efforts pay off. Moore said the city increased its rate of recycling by 500 percent – which he attributes in part to the ease of comingled recycling, as well as the high-quality containers provided to each customer.

“You give them a good product to use and they’re gonna use it,” Moore said.

“You go to the Sourcewell website and you can say ‘I need this product,’ and then you click on it and you look down there and you find, ‘that’s the one I want; that’s the vendor I want to work with’ and buy them direct,” Moore explained. “And already knowing that we would get the best price because it had been competitively bid already. It really saves time, saves you money. It’s so easy; I can’t stress that enough.” 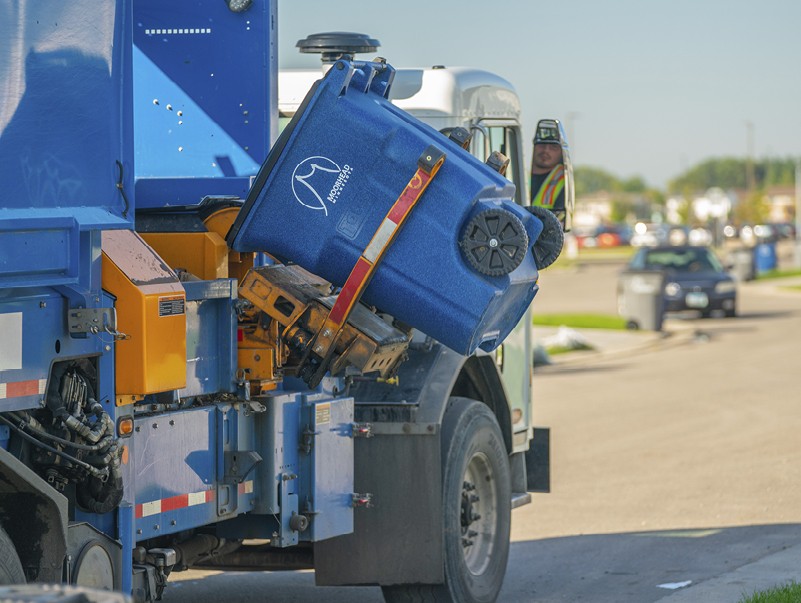