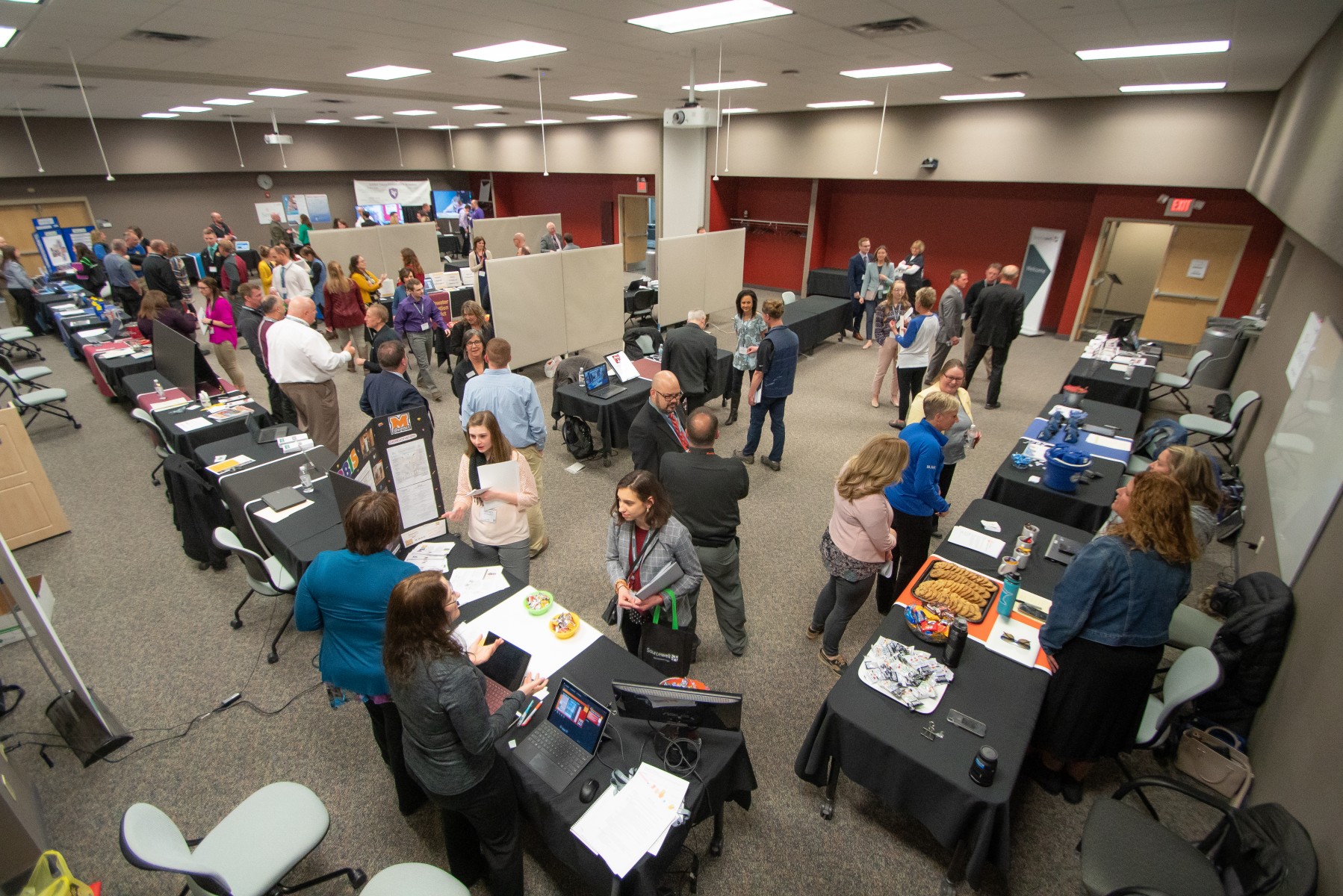 With input from area districts, Sourcewell put on the first Central Minnesota Education Job Fair as an initiative aimed at connecting candidates to careers.

When Mary Klamm began her career as a school administrator at Menahga School District in 2008, teacher recruitment wasn't an issue. With the boom of retirements still a few years away, applicants were ripe for the picking. In 2011, that all changed. Districts began losing teachers, and finding high-quality replacements became difficult.

The Minnesota Rural Education Association identifies fewer young people choosing a career in education as a key driver of Minnesota's continued teacher shortage. The crisis isn't unique to Minnesota - the U.S. teacher shortage is projected to grow to more than 100,000 educators by 2021. But rural districts are struggling the most to attract applicants.

Now Sourcewell's teacher recruitment specialist, Klamm partners with schools in Cass, Crow Wing, Morrison, Todd, and Wadena counties to address the shortage. Klamm also works with universities throughout Minnesota to aid in recruitment, as well as developing programs to encourage prospective teachers to come to the area.

With input from area districts, Klamm put on the first Central Minnesota Education Job Fair as an initiative aimed at connecting candidates to careers. 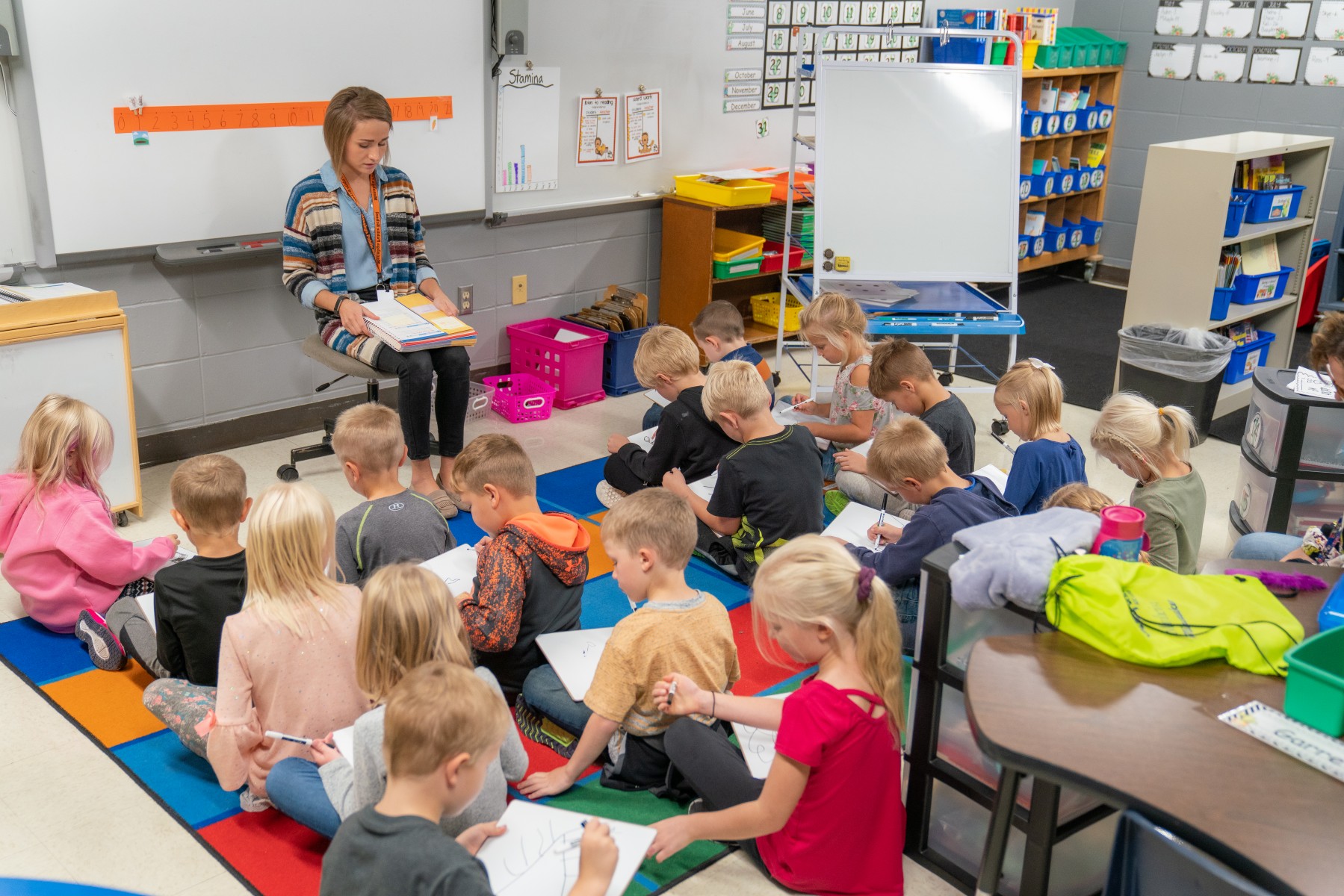 Verndale High School graduate Elyssa Kern said she was inspired to become a teacher while volunteering as an education aide. However, her decision to pursue a degree and career in education didn't come without hesitancy.

“Actually, I had many people tell me going into teaching was a bad idea and that I should find something new,” she said. “I took their advice and started looking into other options, but I couldn't shake the idea of becoming a teacher one day. It really had become my dream.”

Kern was one of 47 potential teaching candidates who attended the job fair in April 2019. Eighteen of 23 regional school districts participated in this first-of-its-kind event in greater Minnesota. 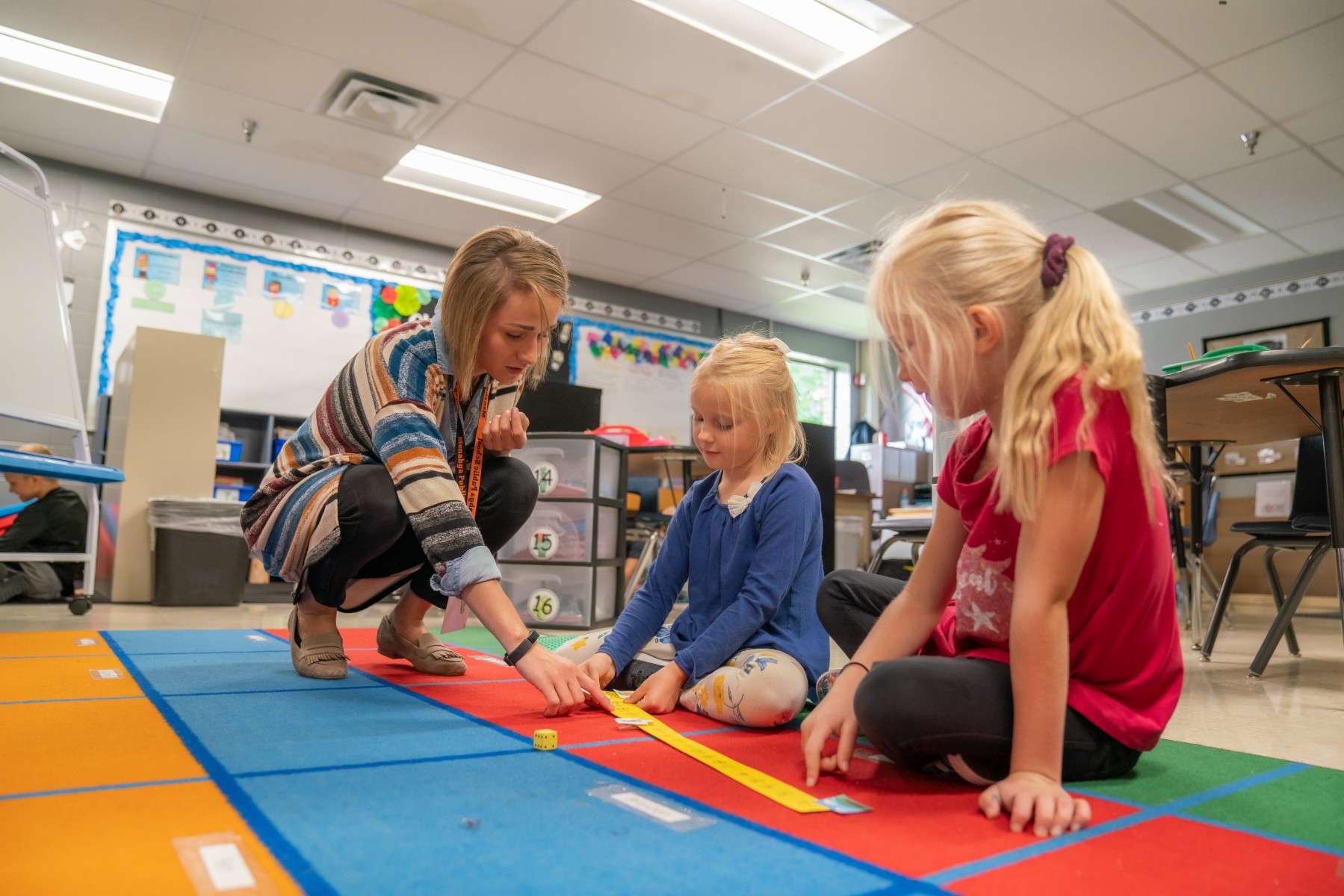 "I had many people tell me going into teaching was a bad idea and that I should find something new..." - Elyssa Kern, first-year teacher at Menahga Elementary

Following three breakout sessions, including techniques for a successful job interview, Kern visited with a handful of district representatives at the job fair before approaching Menahga School District's table.

Kerry White, a lead mentor and instructional coach, represented Menahga at the fair.

“I felt like this was an opportunity to speak with potential candidates and to show our commitment to helping new teachers entering the teaching profession,” White said.

“Elyssa came up to our booth, and her engagement with us was impressive. Her questions were spot-on.”

Days later, Kern interviewed and was offered her first teaching job as a first-grade teacher at Menahga Elementary. 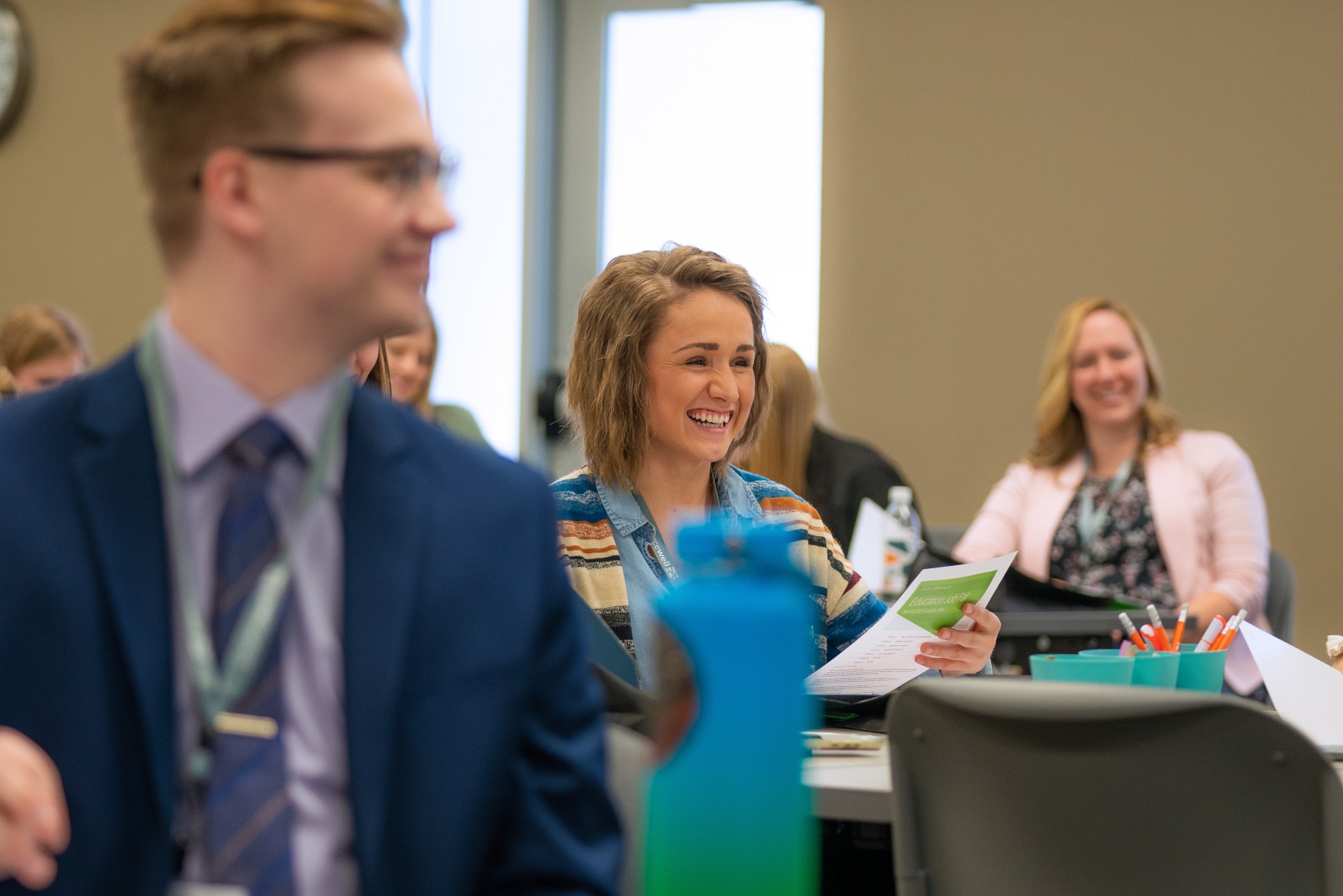 Elyssa Kern participated in the New Teacher Academy at Sourcewell after accepting a job with the Menahga School District.

At least four new teachers were hired by regional districts as a result of the Central Minnesota Education Job Fair. In addition to hiring Kern, Menahga was also able to connect with two student teachers for fall 2019.

“Sourcewell's leadership heard the cry for help from our administrators,” Klamm said. “They understood it was important to our schools’ success to develop both short- and long-term solutions to address the teacher shortage. Sourcewell doesn't want to just fill a gap; they want to raise the bar.”