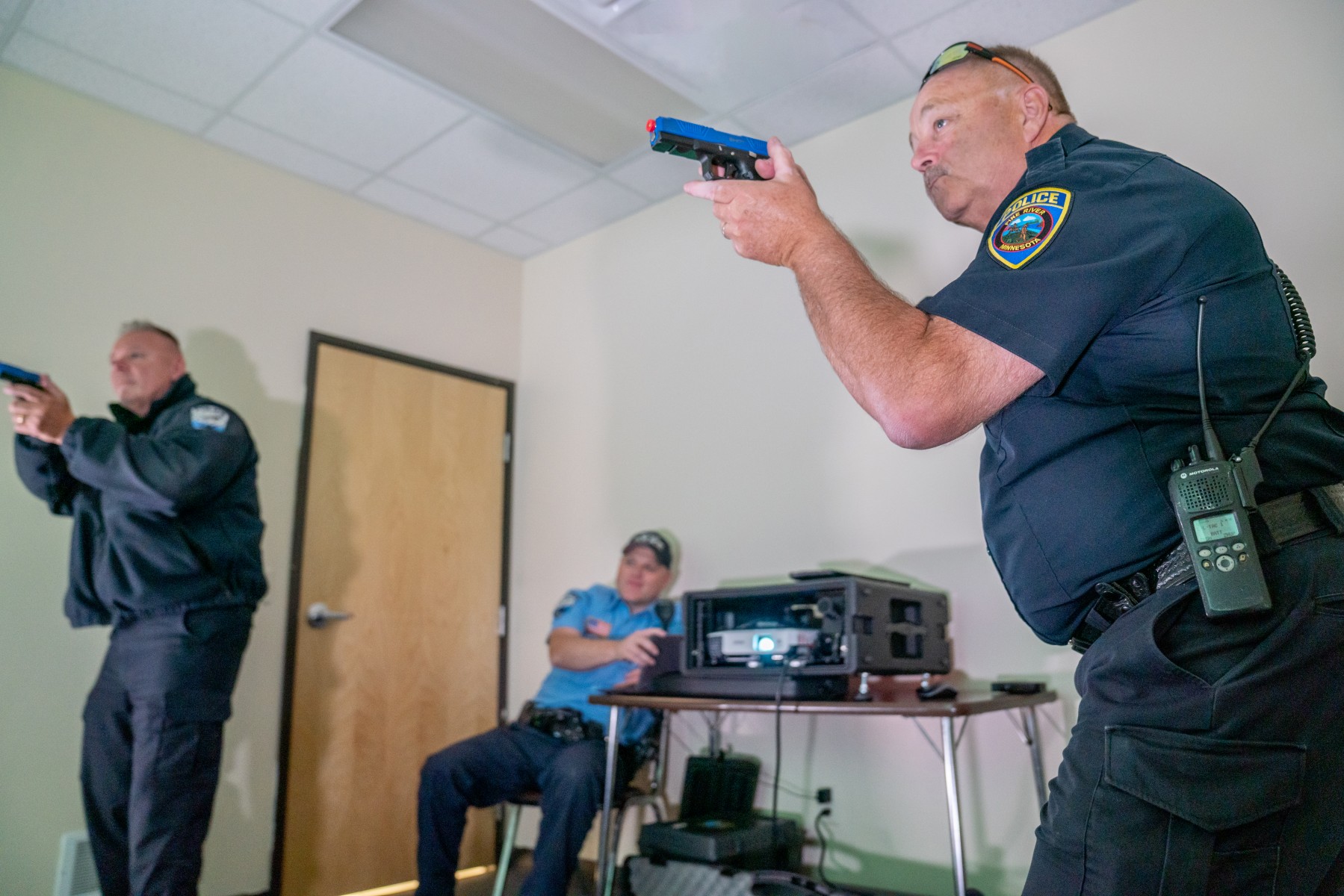 Fortunately, this is only a simulation taking place at the Pine River Police Department. And the gun shoots a laser instead of bullets.

In 2016, a collaborative of law enforcement agencies from Sourcewell's five-county service area received $100,000 in Innovation Funding to purchase a Laser Shot Simulator for firearms training. The simulator is one example of equipment purchased through this funding opportunity and used to enhance collaboration across cities and counties.

For the last six years, cities, counties, nonprofits, and schools in the region have used more than $11 million in Sourcewell Innovation Funding to positively impact their communities. Much of that has been used by various agencies to purchase equipment that otherwise couldn't happen due to tight budgets.

Projects given priority are those that demonstrate a promise of collaboration with other public entities. Scott Saehr, community solutions specialist at Sourcewell, said the idea of utilizing Innovation Funding for shared equipment came from the members already informally sharing with each other.

“The concept comes from what our members are already doing,” said Saehr. “It also removes duplicative costs and efforts. For example, City A has a street sweeper and lets City B use it. In exchange, City B has something it's willing to share.”

Innovation Funding steps in to help by providing the funding to purchase large items that can be shared throughout Sourcewell's five-county service area – Cass, Crow Wing, Morrison, Todd, and Wadena counties.

Saehr said the response has been positive, including success stories from a host of communities that have taken advantage of shared equipment. In addition to the Laser Shot Simulator, others include search-and-rescue operations with a drone system (Crow Wing County, 2017), and making neighborhoods safer with portable, electronic speed-control signs (Pierz, 2014-15).

Pine River Police Chief Paul Sand uses the Laser Shot Simulator with his department for training and invites other departments to also attend.

“We do an annual training at our police department with Lake Shore, Walker, Pequot Lakes, and Pillager,” Sand said. “I can tell you this: We are very happy with it and it has been helpful to this department as well as the others. I even had our city council go through it to show them what challenges we face; and they were very surprised, but enjoyed it.”

Use this equipment for free or reduced cost:

Learn more about the equipment available to you at sourcewell-mn.gov/community