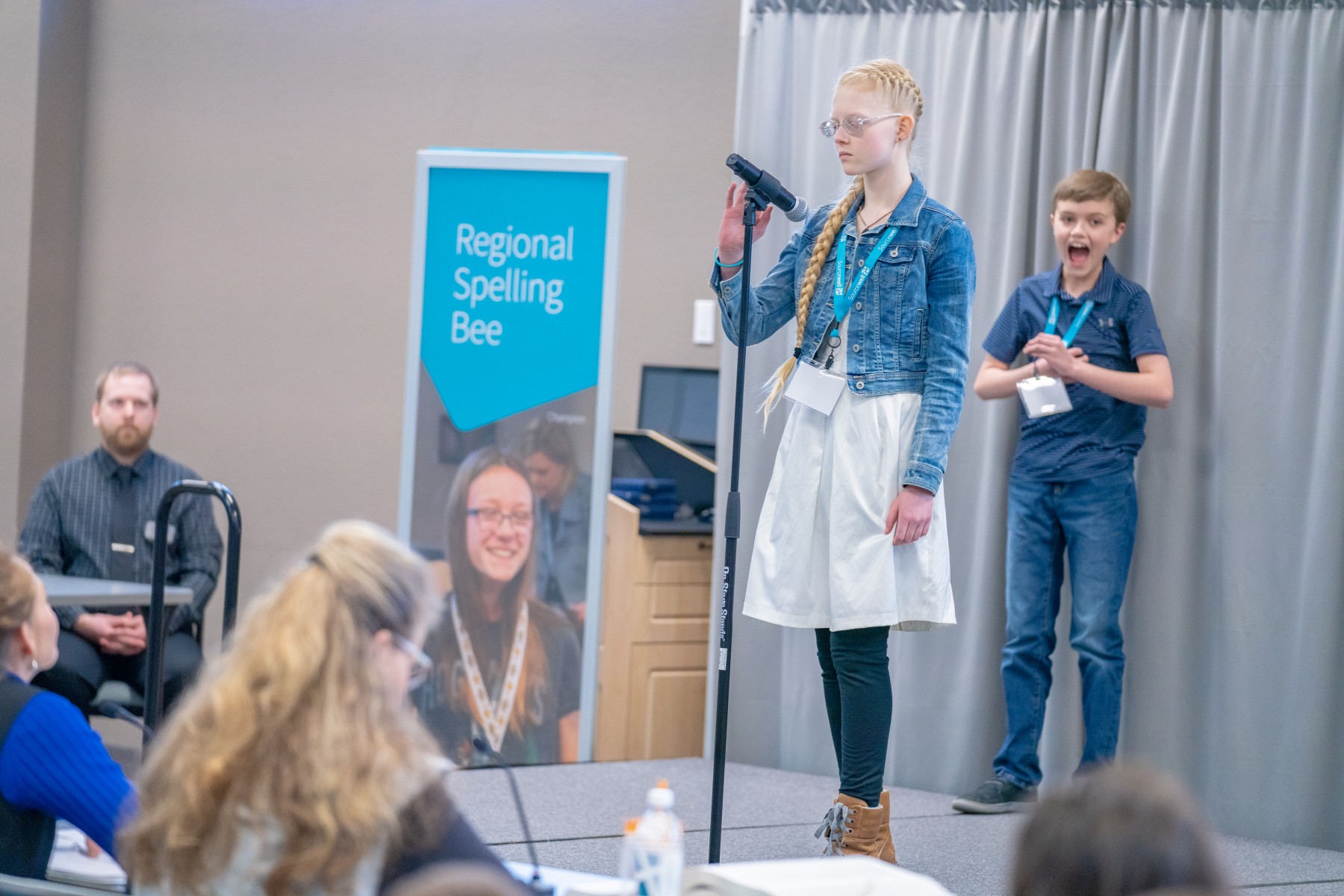 You are what you can spell - and there's no doubt Nesika Bellville is c-h-a-r-i-s-m-a-t-i-c.

The Pine River-Backus eighth grader was the last student standing at the 2022 Regional Spelling Bee, hosted by Sourcewell, on March 23.

Bellville moves on to the 2022 Scripps National Spelling Bee in Washington D.C. where she will compete in the semifinals June 1, which determine the top students to advance to finals on June 2. The finals will be broadcast live on ION, both June 1-2, 2022.

Following the successful spelling of ‘charismatic’ and being declared by judges as the winner, Sourcewell Student Academics Coordinator Phillip Olsen approached the stage to congratulate Bellville and asked how she was feeling about her big win.

“I feel excited,” she said humbly. “This is what I was actually hoping would happen, but that's probably what everyone else thought, too.”

The top three regional finishers were:

Each year, Sourcewell hosts the Regional Spelling Bee for third through eighth graders of member schools in the five-county service area of Cass, Crow Wing, Morrison, Todd, and Wadena counties. The winner earns an all-expenses-paid trip to the national spelling bee for themselves and a parent/guardian.

“The event was so much fun,” Olsen said. “It's always great to be able to bring students back together for in-person competitions like this. We had 16 students attend and they went word-for-word with each other until Nesika came out on top in round 11. It was an exciting and impressive afternoon.”

Each participant was a finalist or champion in his or her respective district. The representation formula is one speller per 1,000 students based on K-12 enrollment, which also includes private and parochial schools within the geographical boundaries of a district.